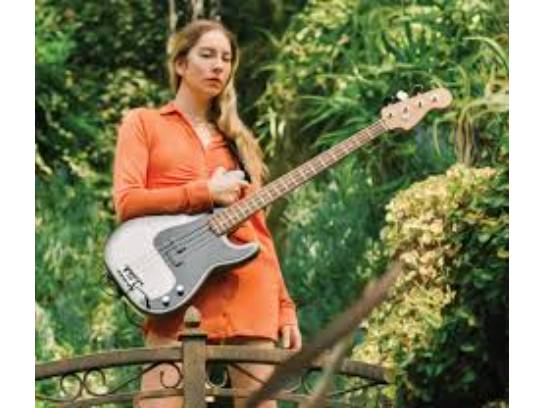 The winning bidder will receive a 30-minute virtual private bass guitar lesson with Este Haim - one third of the multi-Grammy nominated rock band HAIM and a proud LACHSA alum. You'll walk away with some new tricks and skills on the bass and might hear a few stories about life on the road and in the studio.

The group's first release, Forever led to a deal with Polydor Records and a management deal with Jay-Z's Roc Nation group in mid-2012. The band began recording material for their first album, Days Are Gone, in sessions between touring dates, including appearances at the Glastonbury Festival. The album charted in the top ten in several countries, including the number-one spot in the UK, and the group had won several "best of" awards by the end of 2013. The group was nominated for Best New Artist at the 57th Annual Grammy Awards. Their second album, Something to Tell You, was released in July 2017. The group received nominations at the 63rd Grammy awards for Album of the Year for their 3rd album Women In Music Pt. III and Best Rock Performance for "The Steps".