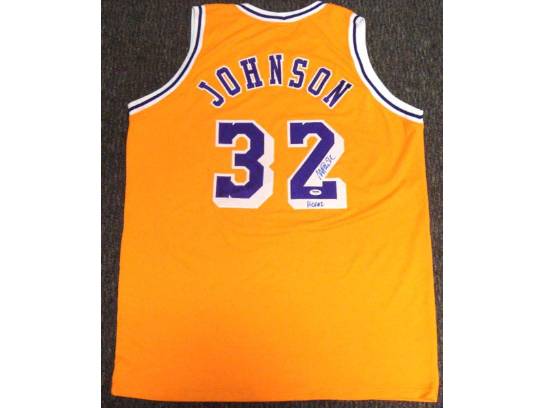 Calling all Lakers fans! Add a piece of Lakers history to your collection with an autographed Magic Johnson basketball jersey.

Please note that this item comes with certificate of authenticity.