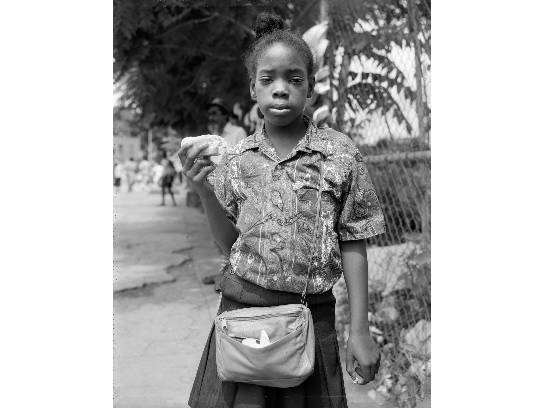 About the Artist:
Dawoud Bey (1953- ) born in New York City, began his career as a photographer in 1975 with a series of photographs, "Harlem, USA," that were later exhibited in his first one-person exhibition at the Studio Museum in Harlem in 1979. He has since had exhibitions worldwide, at institutions such as the Art Institute of Chicago, the Barbican Centre in London, the Cleveland Museum of Art, the Los Angeles County Museum of Art, the Detroit Institute of Arts, the High Museum of Art in Atlanta, the National Portrait Gallery in London, and the Whitney Museum of American Art, among many others.

Bey is the recipient of fellowships from the Guggenheim Foundation and the National Endowment for the Arts, and holds a Master of Fine Arts degree from Yale University. He is currently Distinguished College Artist and Professor of Art at Columbia College Chicago, where he has taught since 1998.

His work is currently on view at the High Museum of Art.