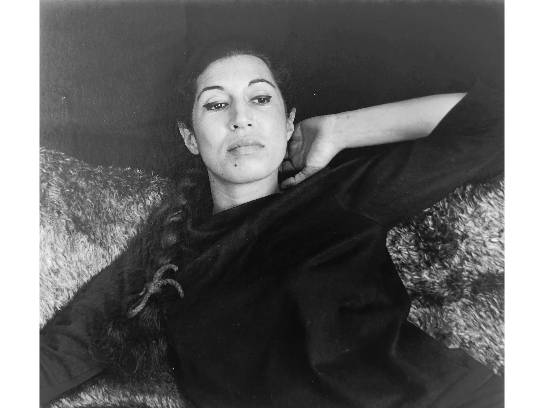 ABOUT THE IMAGE:
Barbara Meyers was Imogen's good friend - and often her model.

ABOUT THE ARTIST:Imogen Cunningham was an American photographer whose intimate portraits and floral still lifes are characterized by their evocative light and attention to detail. " Born on April 12, 1883 in Portland, OR, she moved to Seattle with her family at a young age. At 18, Cunningham began experimenting with photography after purchasing a 4x5 inch view camera from a mail order catalogue. In 1907, after receiving a degree in chemistry from the University of Washington, she traveled to Dresden to study fine art at the Technische Hochschule. After studying in Europe, the artist moved to San Francisco where she worked alongside Dorothea Lange and Edward Weston. Cunningham was an influential member of the renowned f/64 group alongside Ansel Adams. She would go on to have solo exhibitions at the Dallas Art Museum and The Museum of Modern Art in New York. The artist died in San Francisco, CA on June 23, 1976 at the age of 93. Today, Cunningham's works are held in the National Gallery of Art in Washington, D.C., Philadelphia Museum of Art, and Tokyo Metropolitan Museum of Photography, among others.