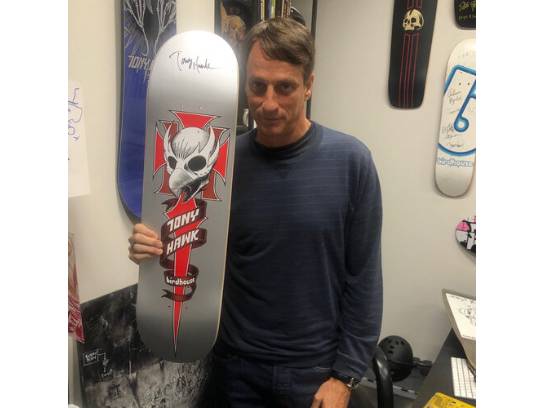 At age 12 Tony was winning amateur contests throughout California, at 14 he turned pro, and at 16 he was widely regarded as the best competitive skateboarder in the world. By the time he was 25, he'd competed in 103 pro contests, winning 73 of them and placing second in 19-a record that will almost certainly never be matched. He was crowned vertical skating's world champion 12 years in a row.