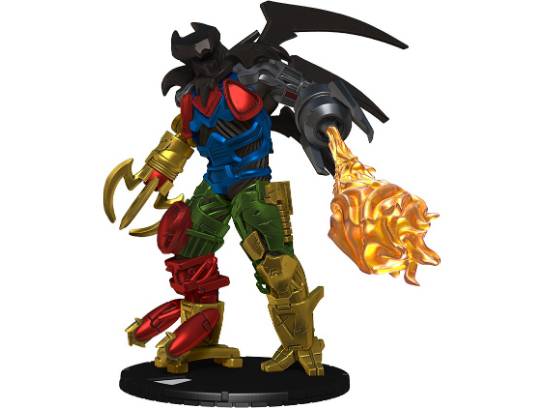 Heroclix is an incredible tabletop game described as combining the fun of superheroes and chess with amazing sculpts that you can even display outside of the game.

This incredible DC Heroclix bundle is a collectors DREAM. In this set you will receive a model of a NEVER RELEASED FIGURE.

Not to mention you get a Factory Set or Justice League Unlimited with every chase figure, prime, and super rare included, plus dice and tokens.

Happy bidding and until there's a winner, may all your rolls be critical hits!

** Factory set does not include full set of Team Up Cards

Due to the COVID-19 pandemic, in-person events became inadvisable and changed plans for WizKids releasing promotional figures as we do every year. These figures will all be released in the future, but fans will have to be on the lookout for those upcoming announcements. We are working on new and exciting ways to distribute the items. In the meantime, we have two sample figures that were intended to be 2020 promos, but have not been released yet (no character cards due to being early production versions). Early samples of HeroClix like this rarely make it out to the wild and will be an amazing collector's piece.