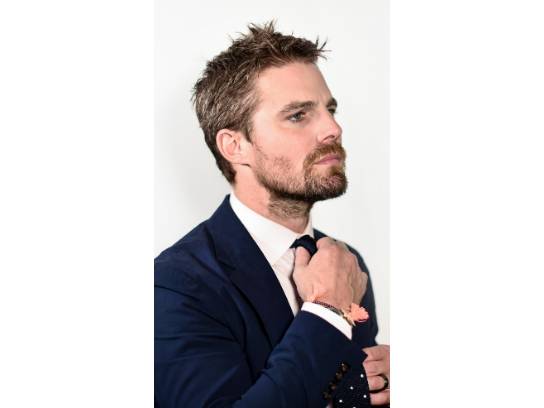 Win a 15 min. Zoom call with the Green Arrow, Stephen Amell. You will not only get a personal zoom with Stephen but he will also send you personalized and signed Arrow series finale full script. Hit the target and bid now!

Arrow is an American superhero television series developed by Greg Berlanti, Marc Guggenheim, and Andrew Kreisberg based on the DC Comics character Green Arrow, a costumed crime-fighter created by Mort Weisinger and George Papp, and is set in the Arrowverse with other related television series. The series premiered in the United States on The CW on October 10, 2012, and was primarily filmed in Vancouver, British Columbia, Canada. In January 2019, The CW renewed the series for a ten-episode eighth season, announcing in March that it would be the final season. The season premiered on October 15, 2019 and featured the "Crisis on Infinite Earths" crossover event; the series finale aired on January 28, 2020.