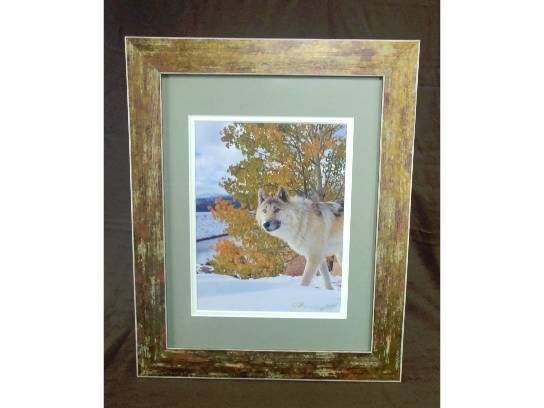 14" x 17" framed and double-matted photograph of Shunka, a timber/arctic wolf who lived at the Colorado Wolf and WIldlife Center in Divide, CO.

Shunka lived with the beautiful Akela. He was laid back, but decided to retire from the limelight after being ambassador, seeing many VIP guests, and raising pups for many years.

Shunka was rescued from a wolf center in Puget Sound, Washington where the owner did not spay or neuter her animals. We had availability for two of the surplus pups, so we took brothers, Shunka and Wakanda. Shunka was best known for his massive size and beautiful eyes. He was one of the largest wolves at the sanctuary at 140 lbs.