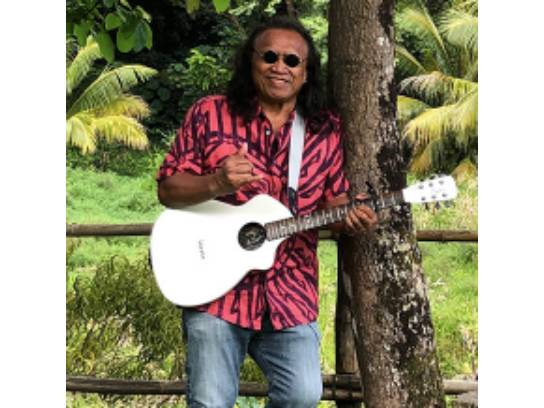 Enjoy talking story with Henry Kapono, a vocalist, guitarist, songwriter, and composer who has won multiple honors and awards, including a Grammy nomination. He has taken home 18 Na Hoku Hanohano Awards (Hawaii's"Grammy") including Male Vocalist of the Year, Song of the Year, Single of the Year, Album of the Year and Rock Album of the Year. Henry, who supports his own charitable foundation, is also known for his legendary "Dukes on Sunday" afternoon Beach concerts on Waikiki beach.

**Large and fragile items must be picked up. If items cannot be picked up, items may be shipped at the expense of the auction winner except for alcohol which we are not legally allowed to ship.**