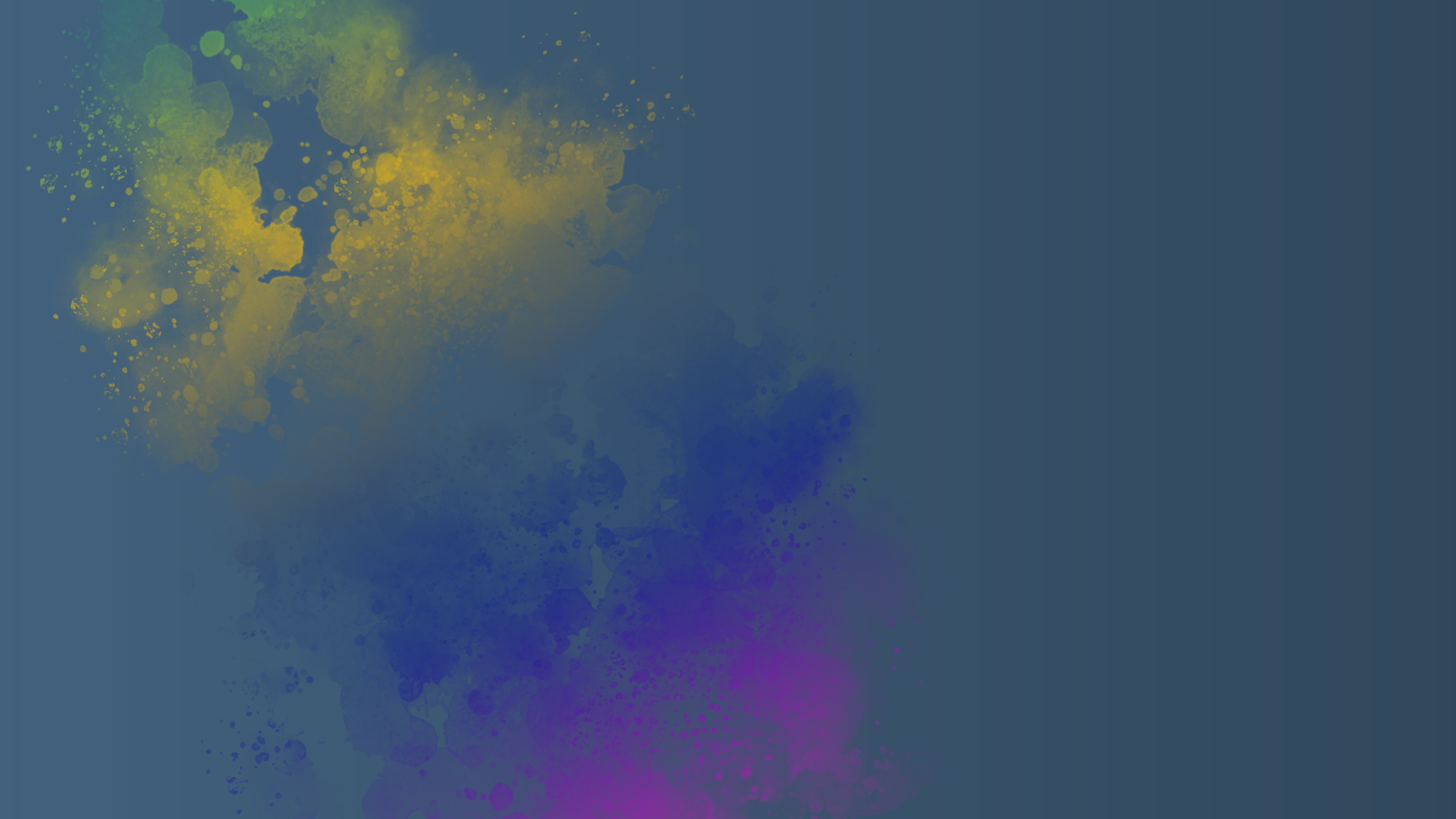 No results were found in Auction category.Search all items.

You know him as an iconic TV star, triple threat actor-singer-dancer and a producer, director, poker player and award-winning magician. But more than that, Jason Alexander is a warm, wonderful human being, combining an engaging personality with a Yiddishe Kup. The perfect, once-in-a-lifetime gift for that Seinfeld fan in your house.

Approximate duration: 15 minutes
Experience expires: March 30, 2021
Scheduling: To be scheduled at a mutually agreed upon date, based on Jason's availability
Participants: Valid for 1 family/1 Log-in; up to six participants
Fine print: Experience cannot be resold, re-auctioned, broadcast or transferred.
Recording, screen grabs, or distribution of the session is strictly prohibited unless otherwise approved by the donor.
Winning bidders must conduct themselves appropriately. Courteousness, civility and respect a must (sense of humor preferable).

All Proceeds Go To Alexander Family Fund for Women's Cancers

If ESPN's The Last Dance left you wanting more, here's your chance to own a piece of NBA history! This is a pristine, brand new with tags Michael Jordan autographed Chicago Bulls jersey from the legendary 1997-98 season. A complete certificate of authenticity is included.

Michael Jordan's signature was witnessed by an Upper Deck Authenticated representative as part of UDA's 5-step authentication process. The identification number has been recorded at UD headquarters and corresponds to the holographic marking on the actual item accompanying card.

Get ready to cheer on Team Israel next year in Tokyo with a brand new official jersey from Israel's first-ever Olympic baseball team. This team is the first Israeli team to participate in an Olympics in more than 40 years!

Secure this piece of Israeli history for yourself or a loved one!

Donated by: Eric Holtz, the American Manager of the Israeli Olympic baseball team.

The winner of this package will play the Bear Lakes Country Club golf course with three friends. A round of golf on one of the club's world-class Jack Nicklaus Signature Courses, lunch at the club house, and golf carts for four (4) are included.

Winner may choose between Ongava's tented camp or lodge. A combination of both properties is also possible. Both tented and lodge accommodations include the "creature" comforts of private baths, luxury suites, and cooling units - all with fabulous views looking out at the preserve and water holes. Meals are served either in the main dining room under thatch with a view, or on the dining deck under the stars.

Activities include game drives in open jeeps, guided hikes and walks giving you the unique opportunity to see resident elephants, cheetahs, lions and white and black rhinos, as well as visit the Ongava Research Center.

International and intra-Africa flights are not included.

Expiration is 2021, but flexibility exists if needed. Dates available year-round, based upon availability.

Donated by: The Katz Family

These show-stopping sapphire and diamond earrings, generously donated by New York Jewelers, are made of 18k white gold. Their total weight is 12.6 DWT (approx. 19.6 grams).

They are able to be worn as either a clip on, or with a standard post for a pierced ear.

From Carolee's Private Collection of "Sterling Sentiments" bracelets comes this armful of six wonderfully inscribed bangles with messages of love.

Inscription in the bracelets say:

The Tails of Thought So Greased, Daniel Wiener, 2017

The winner of this stunning artwork will also be welcome to a personal phone conversation with the artist.

Daniel Wiener (b. 1954, Cambridge, MA) is known for his intense and viscerally arresting sculptures created from Apoxie-Sculpt featuring bright colors and intricate patterns. Wiener grew up in Los Angeles and studied at the University of California at Berkley before moving to New York in the early 1980s. He is a graduate of the Whitney Museum's Independent Study Program. Awards and fellowship include a Guggenheim Fellowship (2012), Residence at Yaddo, an Alpert Award Ucross Residency, a Tree of Life Grant and he is a Dieu Donne Workspace Artist.

The winner of this stunning artwork will also be welcome to a personal phone conversation with the artist.

Fran Siegel (b.1960, New York) is an artist involved in the investigation of place through the activity of drawing, through sprawling collaged and spatial constructions. She attended the Tyler School of Art at Temple University where she received a BFA, before obtaining a MFA in painting at Yale University. Siegel's drawings have been acquired by LACMA, the Museum of Contemporary Art, Los Angeles, and the Yale University Art Gallery. She represented the United States in the IX International Biennial of Cuenca, Ecuador (2007).

In the U.S., Siegel has recently exhibited at the Fowler Museum at UCLA in Los Angeles, CA and The Art, Design and Architecture Museum at UCSB in Santa Barbara, CA, and abroad at the Center for Contemporary Art in Tel Aviv, Israel, Muzeum Stzuki in Lodz, Poland, Nuova Icona in Venice, Italy, and at the Museum of Art and Design and Extravagant Drawing at Dorsky Curatorial Projects.

In 2014, Siegel completed through a site-specific permanent commission for U.S. Art in Embassies program that sprawls 35 ft. in the new U.S. consulate in Ecuador, and Translocation and Overlay, a solo project of 50 drawings at the Art, Design and Architecture Museum at UCSB that studied environmental and population changes within this "utopic" coastline of California. She has just been awarded a Fulbright to Brazil for this project's research.

Siegel has received a Getty grant from the California Community Foundation, the OC Contemporary Collectors Award, and the City of Los Angeles Department of Cultural Affairs (C.O.L.A.) Grant. Published reviews of her work have appeared in Art in America, Art News, Asian Art News, The New York Times, The Los Angeles Times, The Boston Globe, Art New England, Art Critical, The Brooklyn Rail, ArtWeek, LA Weekly, Arts, and Sculpture. Feature articles about Siegel's working process were recently published in The Los Angeles Times and Xtra Contemporary Art Quarterly. She is currently a professor in the School of Art at California State University, Long Beach. Siegel is represented by Lesley Heller Gallery in New York and is currently based in Los Angeles.

Explore Chicago with an annual membership to the MCA and dinner at Ben Pao!

For the true contemporary art fan! The winner of this package will enjoy an annual membership for two to the Museum of Contemporary Art (MCA) in Chicago. This includes admission for two people, free admission for children under 18, four one-time use guest passes, and one MCA tote bag. All MCA memberships include: invitations to Members' Previews, including admission for you and a guest to exclusive events that offer a first look at new exhibitions; The MCA Magazine, published and mailed exclusively to members; 20% discount on ticketed events on the MCA Stage, including theater, dance, and music performances and an additional 10% on MCA Stage Packages; 10% discount in the MCA Store on site and online year-round, as well as Members' Double Discount Day promotions throughout the year. Members receive free standard shipping on orders of $20 or more. You will also receive discounts at Marisol Restaurant and Bar; $5 discount in the MCA garage!

After enjoying a day of fantastic art, treat yourself and friends to dinner at Lettuce Entertain You's first Asian-inspired concept with a $150 gift card. Ben Pao is back in Chicago with a fun pop-up experience located in the current Hub 51 space in the River North neighborhood. You and your friends will enjoy a meal of fine Asian-inspired cuisine, along with spectacular wine and cocktail options.

Lettuce Entertain You Enterprises, Inc. (LEYE) is an independent, family-owned restaurant group based in Chicago that owns, manages and licenses more than 130 establishments across the United States. LEYE was founded in June 1971 by Richard Melman and Jerry A. Orzoff with the opening of R.J. Grunts and today, thanks to the creativity of their partners, they proudly service guests at more than 60 concepts ranging from fast casual restaurants to fine dining, Michelin-starred establishments.

Dine in only - inside or outside at the new Ben Pao pop-up (no curbside).

Not valid on Saturday evenings or holidays.

If for any reason the Ben Pao pop up closes prior to September 2021, the certificate can be used at Hub 51.

Donated by: Lettuce Entertain You Enterprises (LEYE) and the Museum of Contemporary Art (MCA)