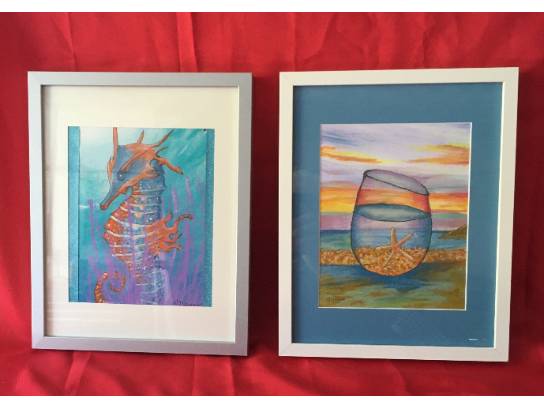 Own two George Donahue original paintings! George has been involved with PYD since 1987 as a mentor, supporter and friend.

Inspiration: Years ago, when I was able to scuba dive, I saw a different world under the ocean surface. One time I held onto a clump of coral and watched a male seahorse mere inches away with tail clinging on and giving birth to thousands of baby seahorses. Later in the day at low tide I would walk along the shore and collect sea glass pebbles, small shells and a starfish and placed them in a clear vase. Scuba diving is gone but the memories of the ocean and what I observed are still there.