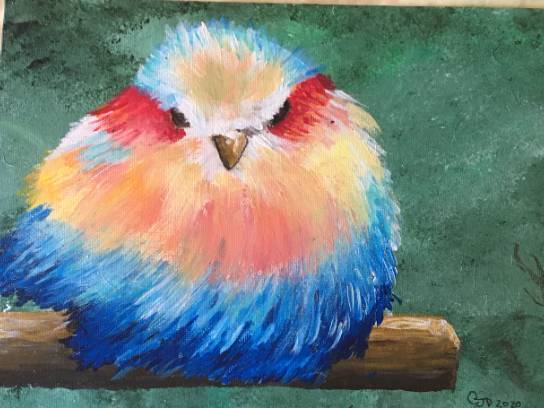 Own a George Donahue original painting! George has been involved with PYD since 1987 as a mentor, supporter and friend.

The rainbow bird was inspired by the LGBTQ movement. Like birds in flight sharing their message of hope and unity with wings spread with color.