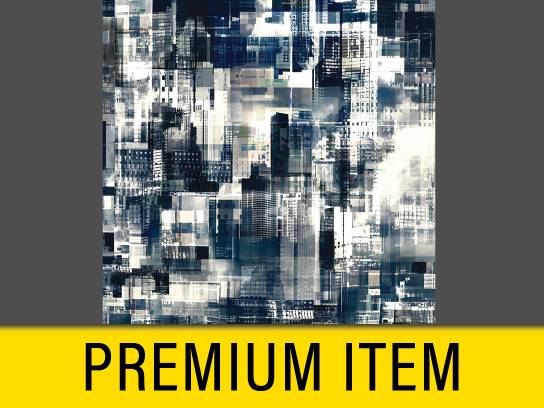 Award-winning artist/photographer, Gail Mancuso, captures the unique pulse, silhouettes and reflections of the urban landscape, the female form and pop culture. With a discerning eye for color, balance and composition, she utilizes materials uncommon to traditional photography, including paint, torn papers, glass and fabric, along with digital imaging techniques, to subtly blur the boundary between photography and painterly impressions. In her evolving abstract compositions, she uses the art of photography as a medium of experimentation. She often uses fragments of photographs together with other artistic elements to explore and develop ideas. Her diverse process is influenced by an ever-evolving aesthetic, which often leads to reinventing something new from its original context, lending a different perspective to the familiar. Gail has received international recognition as the recipient of numerous photography awards, including those in France, Russia and Japan. She has shown her work in both solo and group exhibitions in the US and worldwide, including galleries in Chicago, New York, Venice, Paris, and Tokyo. Beyond creating large-scale art for public and corporate installations, her limited-edition works are held in the mayors' offices in Chicago and San Francisco, in the permanent collection at UIMA museum in Chicago, as well as private collections throughout the US, the UK and Italy. Gail has been featured in various media, including World Art Dubai, Michigan Avenue, Modern Luxury and Chicago Woman Magazines, Voyage Chicago, Splash and on television with NBC Universal's "Chicago Justice."