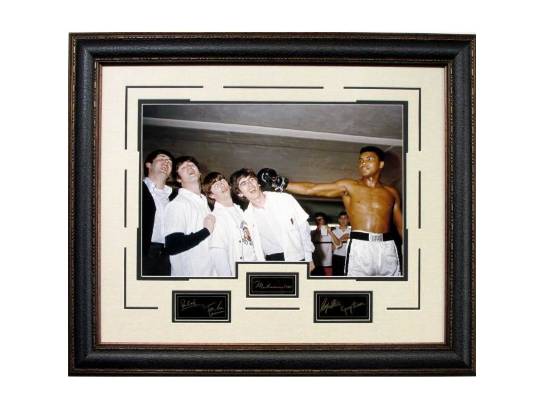 In Miami Beach to perform on the Ed Sullivan Show on their first tour of the United States, were taken to the training camp of boxer Cassius Clay, later known as Muhammad Ali. But after Clay arrived to meet The Beatles who were growing impatient, he won them over with his charm and overwhelming presence. Clay and The Beatles joked around in the ring and had the members of the press laughing. Clay picked up Ringo and held him under his arm for the media. He also wrote a poem. "When Liston reads about the Beatles visiting me, he'll be so mad I'll knock him out in three." ("Three" meaning the third round of the fight) Clay defeated Liston and became the next Heavy Weight Champion of the World.