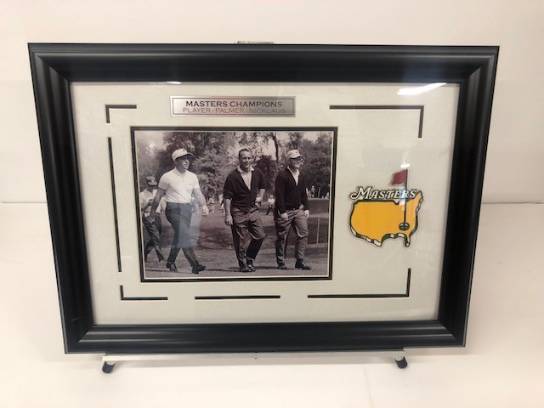 The Big Three of Arnold Palmer, Gary Player, and Jack Nicklaus dominated the Masters from 1960 through 1978, winning the event 11 times among them during that span. Jack Nicklaus emerged in the early 1960s and served as a rival to the popular Palmer. Nicklaus won his first green jacket in 1963, defeating Tony Lema by one stroke. Nicklaus was the first player to win consecutive Masters. He won in 1971 & 1972 by three strokes. Gary Player became the first non-American to win the Masters in 1961, beating Palmer, the defending champion, by one stroke when Palmer double-bogeyed the final hole. Player won his third and final Masters in 1978 by one stroke over three players. Player currently shares (with Fred Couples) the record of making 23 consecutive cuts and has played in a record 52 Masters.