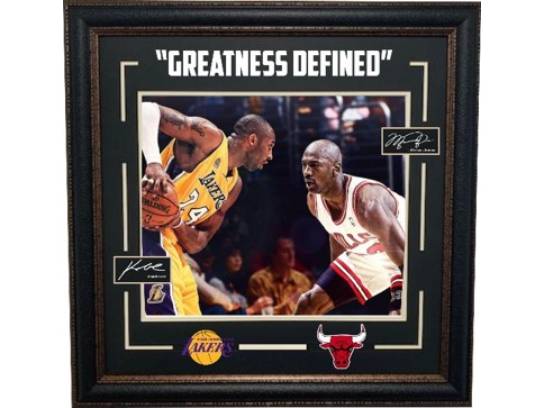 Kobe Bryant's legendary NBA career was defined by Michael Jordan. Although Bryant surely made his own name and carved his own legacy, he was always compared to Jordan throughout his NBA career. Both played the shooting guard position, both were similarly built (6-6 and around 200 pounds), both had the same tireless work ethic and play similar games. They both were electrifying highflyers and big time scorers, where even their championship achievements were almost identical. Kobe and Jordan were fierce competitors inside the basketball court, but outside of it, they were like brothers who looked after each other. There is no competition between them, really.