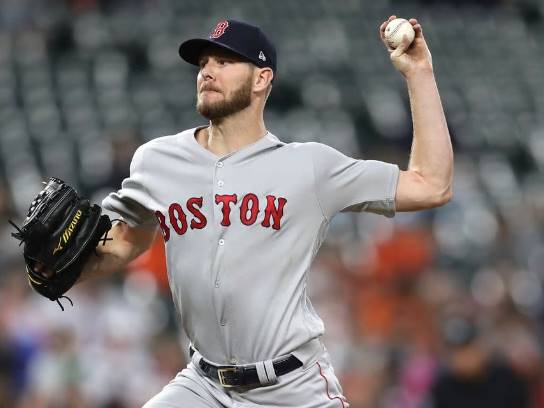 Christopher Allen Sale is an American professional baseball pitcher for the Boston Red Sox of Major League Baseball. He previously played in MLB for the Chicago White Sox, with whom he made his major league debut on August 6, 2010. As a power pitcher, Sale excels at achieving high numbers of strikeouts, and has set a number of strikeout-related records. He bats and throws left-handed, stands 6 feet 6 inches, and weighs 180 pounds.