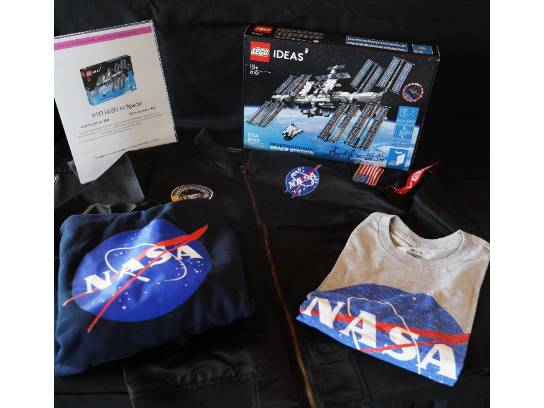 Two-time Space Shuttle Pilot, Astronaut Greg Johnson autographed Lego International Space Station Kit, a great gift for any age! Included with the Lego set is an adult small NASA jacket and T-shirt, so you can look the part!

Astronaut Johnson was the pilot on Space Shuttle Missions STS-123 and STS-134, and is currently the Senior Manager for Crew Integration and Operations for the Human Landing System for Lockheed Martin for NASA's Lunar Mission. Astronaut Johnson also earned the Distinguished Flying Cross and served as a NASA Program Director.