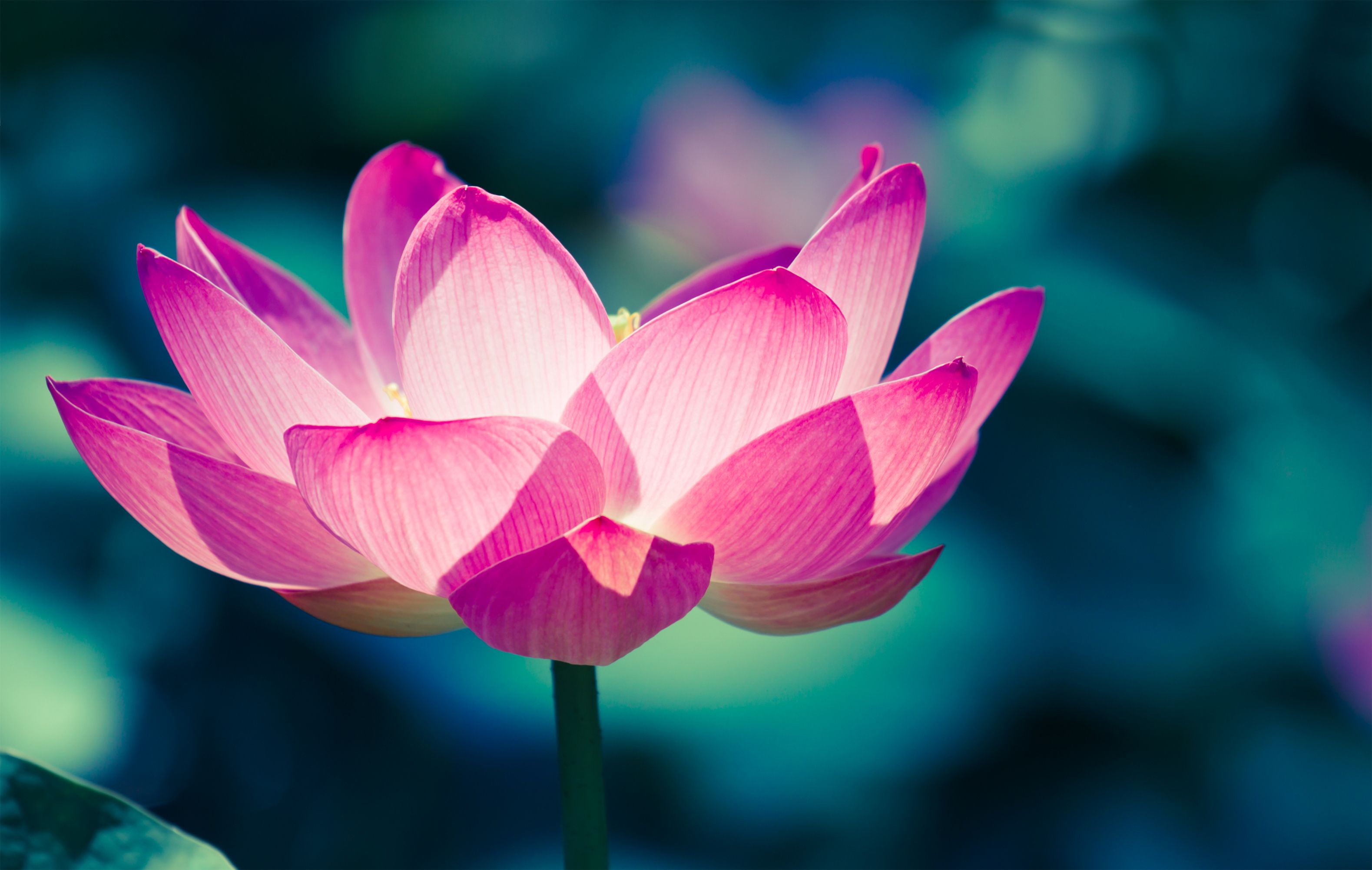 No results were found.

The elements of this painting point to nature both as we see it and as the essence of reality. A red circle set against a yellow backdrop resembles the rising sun. And the triangular structures simulate the spreading of branches of the tree. Also metaphorically, the red circle is bindu, the life giving source, or the primal seed and the triangles are motifs of the female fertility - the yoni or the womb.

Limited Edition Serigraph printed in 9 colors on archival paper. This serigraph was published in an edition size of 75. The paper size is 15 x 13 inch, Image size is 9 x 6.50 inch. The print is signed by the artist and comes with a certificate of authenticity.

Sayed Haider Raza, or S.H. Raza is one of India's most celebrated artists. Born on 22 February, 1922 in Madhya Pradesh, Raza was instrumental in creating a distinct modernist identity for Indian art alongside other acclaimed masters such as M.F. Husain, F.N. Souza, and Akbar Padamsee, who were all part of the Bombay Progressive Artists' Group (PAG).

S.H. Raza became one of India's priciest modern artists when his seminal work, Saurashtra, was sold for Rs. 16.42 crore ($3.48 million) at a Christie's auction in June 2010. His works are mainly abstracts in oil or acrylic, with a very rich use of color, replete with icons from Indian cosmology as well as its philosophy.

Raza studied painting at the Ecole Nationale des Beaux-Arts in Paris from 1950 to 1953, and continued living in France for many years with his wife, the French artist Janine Mongillat. After she passed away in 2002, he moved to New Delhi, India, where he continued to paint for several hours a day even when he was in his 90s, until he passed away on 23 July, 2016.

Here, Husain depicts one of his most beloved subjects - the lively and free spirit of horses. The titular Arjun is a hero from the epic Mahabharata, famous for his talent in archery.

Limited Edition Serigraph printed in 22 colors on archival paper. This serigraph was published in an edition size of 125. The paper size is 30 x 40 inches and the image size is 23.50 x 35.50 inches. The print is signed by the artist and comes with a certificate of authenticity.

Maqbool Fida Husain (better known as M.F. Husain) is the most internationally recognized Indian artist of the 20th century. Often called 'Picasso of India', Husain was born in 1913 in Maharashtra, and passed away in London in 2011 at the age of 97.

A self-taught artist, Husain was associated with Indian modernism in the 1940s, and was a founding member of the Bombay Progressive Artists Group (PAG), inspired by post-partition India. A graduate of the J.J. School of Art, Husain's paintings focused on a wide range of topics and people, such as Mahatma Gandhi, Mother Teresa, Mahabharata and Ramayana etc. He has depicted horses in many of his works. Husain's works are part of the collections of some of the most well-known art collectors in both India and abroad.

A great entry to the Osmo universe, the Genius Starter Kit includes everything your kids need to experience hands-on learning and digital fun in five different ways.

Power up family game night with Osmo Genius Starter Kit+. Kids will love exploring STEAM topics on their own or with their family. Foster a love of engineering, art, math, and reading with seven ways to play and learn.

Modi Toys is on a mission to spark curiosity about the Indian culture through meaningful toys, games and books in the hands of little ones around the world.

All of the medium sized toys will be personalized with the winner's chosen name!

LUSH makes it their business to help you relax. Included in this item are two of LUSH's incredible luxury bath packages.

1. This beautiful box full of lavender treats will help set you on a course for peaceful nights. Sink deep into a bath full of bubbles or fizz, lather up with lashes of lavender, or keep skin calm, soothed and moisturized right before you hit the hay. It's the perfect thing to relax and unwind.

2. Four bath bombs, a shimmering bubble wand and our bestselling bubble bar will make bath time the best part of every day. All these bathing beauties will soften and hydrate skin while calming worried minds, letting your loved one relaxed and ready to take on anything. Now this is a reason to celebrate!

A beautiful piece from Daisy & Zarafa, this is a unique 20" hand-strung two-strand necklace comprised of luminous garnet and rare new jade. The clasp is sterling silver. This signature one-of-a kind piece is designed personally by the co-founder and head jewelry designer.

This piece is a selection from the Daisy & Zarafa Perennial Collection

This beautiful Watercolor on paper is mounted to museum board on a wood panel and is 11 x 14 inches.

Jane Kim is an artist, science illustrator and founder of Ink Dwell. Jane loves to be outdoors on adventures and brings the joy she gets from nature back to her studio. She has created works for institutions including the Cornell Lab of Ornithology, National Aquarium, de Young Museum, Smithsonian, and Yosemite National Park. She still enjoys painting flowers and bears, though nowadays she doesn't get in trouble for painting on the walls.

AYURVEDA is a 5000 year-old holistic Indian practice, which means science of life or longevity. It relies solely upon herbs, diet and one's overall lifestyle. Knowledge of Ayurveda enables one to understand how to create balance of body, mind and consciousness according to one's own constitution.
An Ayurvedic consultation is a process of discovery for the practitioner and the patient. Many aspects of your current and past situations will be discussed to understand your individual body system, temperament, attitude, possible sickness, tendency for recurrent sickness, lifestyle, your natural cravings etc.

New York Ayurveda & Panchakarma Center is one of the East Coast's only full service Ayurvedic Wellness Centers and has been featured in NY Times, New York Magazine, and Time Out New York!

Experience the thrill of getting back to live football at the Season Opener of the 2021 season!

A great item to go in on the bidding with a couple of friends, or make it an amazing gift!

Chef Palak Patel is a celebrity chef, writer, and advocate- and she will come to your home to cook you a private meal for up to 10 people!*

*Tri-state and Massachusetts residences only please!

You may recognize her from her victories on Chopped and Beat Bobby Flay on the Food Network.

She specializes in creating personalized, innovative menus and elegant catered affairs for clients ranging from small dinner parties to Fortune 1000 events where her cuisine is tailored to guests' specific tastes and dietary needs.

Her work has been featured on Mashable, Marie Claire The FIX, Chicago Tribune, Los Angeles Times and India Abroad.

Spend a fabulous week at The Papaya House in St John! The honeymoon suite at Calichi at Picture Point boasts a private rooftop hot tub that offers amazing views of the East End of St. John and the entirety of the British Virgin Islands.

The Papaya House is a one bedroom one bathroom that includes a full kitchen with top of the line stainless steel appliances, comfortable interior and exterior dining and living areas, as well as Dish TV and Broadband WiFi.

Calichi at Picture Point is a 6 villa enclave on Bordeaux Mountain on beautiful St. John in the US Virgin Island. More information can be found at calichi-stj.com

Two of the finest unisex scents of the newest Armani Prive Collection.

Oud Royal showcases the precious and unique Oud Wood. This unique wood is more tantalizing than gold. Mystical and precious, Mystical and sensual, oud oil is made from the dark, resinous heartwood that forms in Aquilaria trees. In the Middle East, high demand has made it so expensive that it is now used only ritually, on special occasions. It has a characteristic woody note, with leathery, smoky and animal accents. It can also express balsamic tones, with floral inflections.

"Les Terres Precieuses". A tribute to the countries and cultures that have inspired Mr. Armani. Warm and powerful, yet fragile; the Red Malachite is a creation from Mr. Armani, inspired by Russian culture. The singular meeting of an opulent, voluptuous and carnal Tuberose and a wild Sage along with the surprising vibration of Amber.

Giorgio Armani decided to work with oud oil the same way he would approach a rich gold and silver brocade. With Oud Royal, I wanted to capture the spirit of Eastern alchemy by elevating oud wood - the precious symbol of the Orient itself" explains Mr. Armani. "Treating it as a piece of jewellery is the only way to do justice to its magnificent richness."

Your investment will help to produce 450 Asani Sanitary Napkin pads which the Desai Foundation will then distribute to rural areas in need! The vocational training provided though the Asani Sanitary Napkin program has a profound personal and public impact. The program also has the added effect of combatting stigma and giving women and girls a fundamental sense of dignity that will empower them to pursue long term opportunities.

This helps to support the materials, the production and the distribution!

This investment in our revolutionary COVID Relief efforts to provide jobs to hundreds of women and produce 8,000 life saving masks for vulnerable communities in India!

This investment will ensure that our Masks of HOPE campaign can continue another month! This will provide supplies, delivery, pick up and provide jobs for over 200 women to make over 100,000 masks a month!

And you will be recognized in our next Newsletter!

This investment will ensure that we can conduct the 250 Menstrual Health Management camps across our targeted regions impacting thousands of women in proper hygiene and access to Asani Pads!

And we will recognize you in our next Newsletter!

Your investment will allow us to set up another sewing program, providing jobs to 30 women! We host a variety of vocational sewing programs across many of the regions we serve. We intentionally grow these courses slowly. We've learned that vocational training is partially about economic empowerment and partly about cultivating dignity.

Many of these women will go on to participate in our Mask of HOPE campaign!

This will fund one of the essential vocational training courses we offer in candle making! We also teach entrepreneurial skills in case they want to start their own business. Most of the time, the women in our communities develop ideas for vocational training programs, depending upon their interest and need. It helps them learn new skills while using them to earn some money for their families.

This investment will help to put on a variety of livelihood programs across all our regions. Our courses train up to 30 women to learn new skills like computer, english, entrepreneurial, and other courses. We also incorporate hygiene training into all of our programming - to ensure they are heathy and have an opportunity to start their own small business!

And, we will feature you in an upcoming Newsletter!