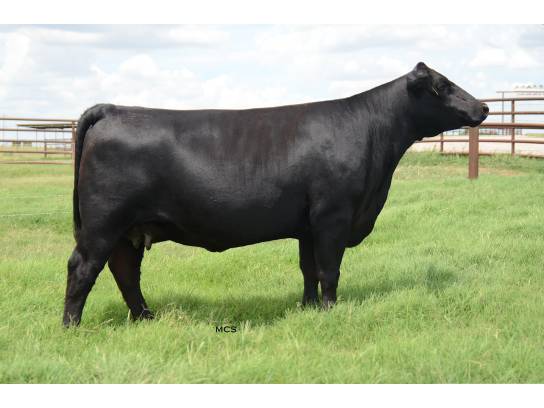 · The sire of this mating is the now deceased, triple crown winner, Dameron First Class, who has been the most dominant sire of Champions in the history of the Angus breed.

· The dam of lot 1 is a direct daughter of Monarch Cloudy Girl N012 who was the $32,000 top selling bred heifer of the first Monarch sale in 2005 to Express and Rolling R3 and went on to be a great donor for Express and 74-51 Cattle Co. N012 is among the best of the Midland daughters, being super stout, powerful, deep bodied and high volumed while blending it all together in an attractive package.