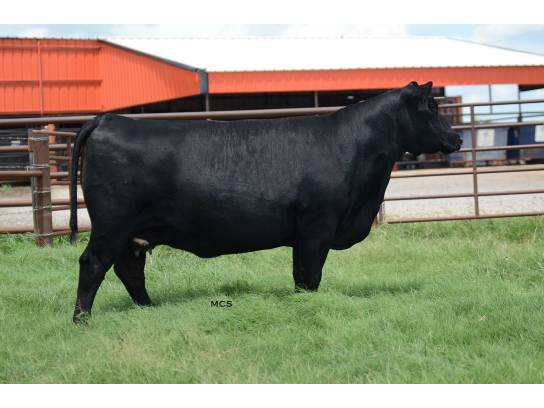 Purchase Price is your bid x 1

· The donor dam of this mating is a long bodied, good structured female that offers an impressive look as well as shape over her top and through her hip.

· She combines Raven with the legendary 74-51 donor, Monarch Cloudy Girl N012, who was the $32,000 top selling bred heifer of the first Monarch sale in 2005 to Express and Rolling R3 and went on to be a great donor for Express and 74-51 Cattle Co. N012 is among the best of the Midland daughters, being super stout, powerful, deep bodied and high volumed while blending it all together in an attractive package.