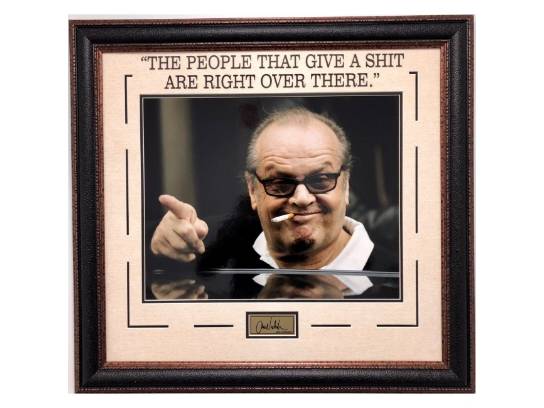 Jack Nicholson iconic photo puffing a cigarette and looking carefree was quoted "The People That Give A Sh*t Are Right Over There". This item is up for bid and framed with laser signature.(Dimensions: 26" x 26")

Jack Nicholson, an American actor, producer, director and screenwriter, is a three-time Academy Award winner and twelve-time nominee. Nicholson is also notable for being one of two actors, the other being Michael Caine, who have received Oscar nomination in every decade from the 1960s through the early 2000's.