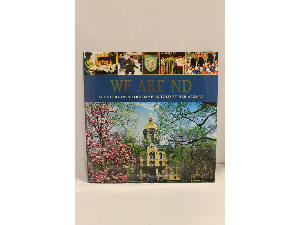 We Are ND: The Story of Notre Dame Book and a Football Retrospective DVD