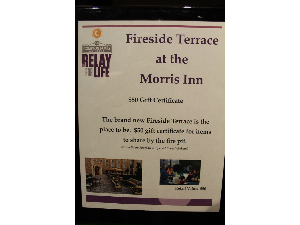 $50 gift certificate for the Fireside Terrace, located at the Morris Inn. Not valid on football or special event weekends