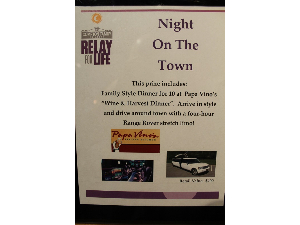 Family Style Dinner for 10 at Papa Vino's "Wine & Harvest Dinner". Plus a gift certificate with Royal Excursion for 4 hours in a Range Rover Stretch Limo!