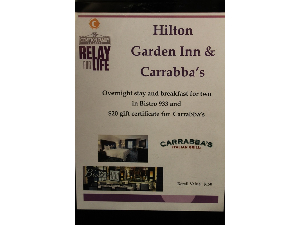 Overnight stay at the Hilton Garden Inn and breakfast for two in Bistro 933, plus a $20 gift certificate for Carrabba's