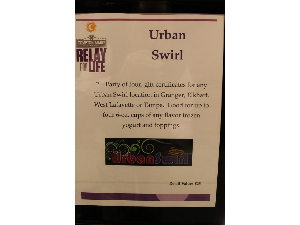 2 party of four gift certificates for Urban Swirl in Tampa, West Lafayette, Elkhart and Granger. Good for up to four 6 oz frozen yogurts