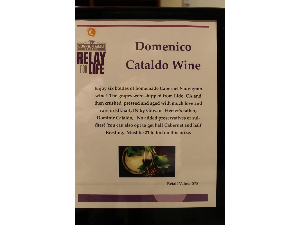 For those over 21. 6 bottles of hommade Cabernet Sauvignon Wine. Grapes shipped from Lodi, California with wine made in Elkhart, In. Opt for 1/2 Sauvignon, 1/2 Riesling.