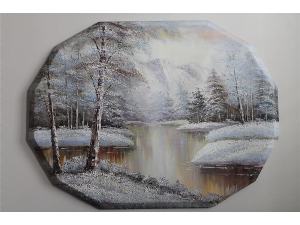 Hand Painted by Senediak . Winter scenery w/mountains in background-reflecting in water. Donated in memory of a loved one who lost their battle to caner in 2010
Valued $225