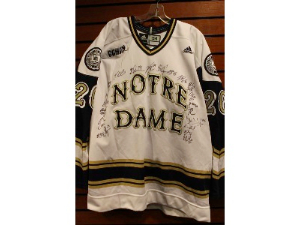 Autographed Lucyk #20 signed by the team