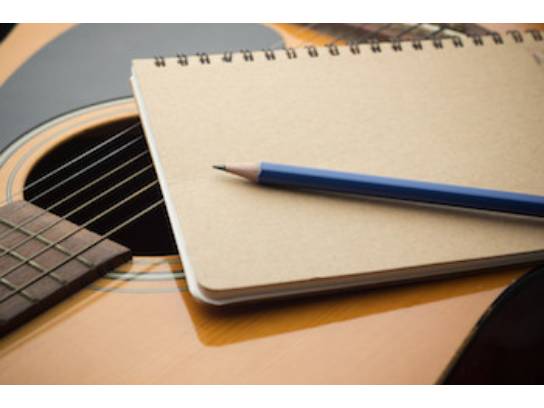 The award-winning songwriting team of Kristin Bair and Kevin Hammonds (Up and Away) will write a song JUST FOR YOU! Simply provide some context, the names you'd like included, and they will compose a song, have it recorded by a top-flight Philadelphia singer, and deliver it to you to play on your favorite device. Surprise someone special-or treat yourself. Kevin and Kristin will chat with the winning bidder about the type of song and the details to include. Then, in October, the winner will receive a digital (mp3) audio recording of the new song, performed by a Philly musical theatre star, as well as a copy of the sheet music for personal use.

The musical theatre writing team of Kevin Hammonds (book/lyrics) and Kristin Bair (music) are currently doing a writers residency at Philadelphia Theatre Company with their new musical Dear Shirley, based on the memoir of acclaimed photographer Hinda Schuman. Their musical comedy Up and Away was developed and premiered by Pittsburgh CLO, where it had an extended 16-week run, and received its West Coast premiere in January 2020 at Broadway Rose Theatre Company in Portland. Honored twice with the Harrington Award from the BMI Foundation, their work together has included commissions from Prospect Theater Company (NYC), URock Theatricals, and NYC Children's Theatre. Find then at hammondsandbair.com and upandawaymusical.com