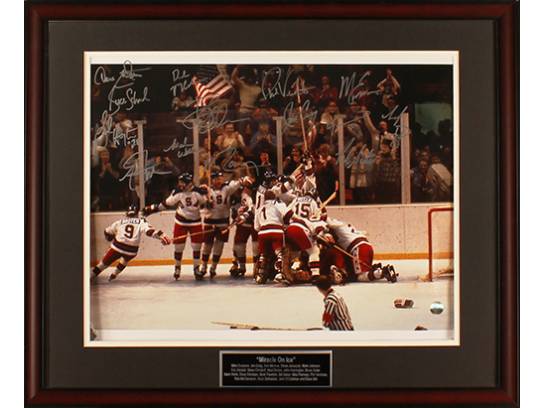 The "Miracle on Ice" is the name in American popular culture for a medal-round men's ice hockey game during the 1980 Winter Olympics at Lake Placid, New York, on Friday, February 22. The United States team, made up of amateur and collegiate players and led by coach Herb Brooks, defeated the Soviet team, who had won nearly every world championship and Olympic tournament since 1954.

Team USA went on to win the gold medal by winning its last match over Finland. The Soviet Union took the silver medal by beating Sweden in its final game. In 1999, Sports Illustrated named the "Miracle on Ice" the Top Sports Moment of the 20th Century. As part of its 100th anniversary celebrations in 2008, the International Ice Hockey Federation chose the "Miracle on Ice" as the century's number-one international ice hockey story.