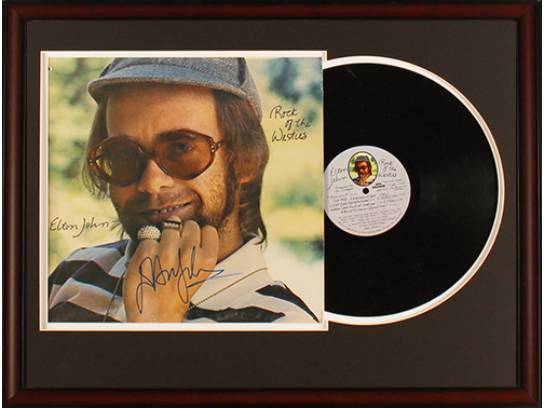 "Rock of the Westies" Album Autographed by Sir Elton John

Sir Elton John is one of the most successful artists of all-time with over 250 million albums sold worldwide. His single "Candle in the Wind 1997" is Billboard's best-selling single of all-time, with over 33 million copies sold worldwide. Elton Johns career has exceeded five decades with more than 50 top 40 hits, including seven straight number one albums. He has won six Grammy's, a Golden Globe, a Tony Award, and an Academy Award. He was inducted into the Rock and Roll Hall of Fame in 1994 and was knighted by Queen Elizabeth II in 1998. He was ranked by Billboard as the most successful male-solo artist of all-time, third overall behind only the Beatles and Madonna.