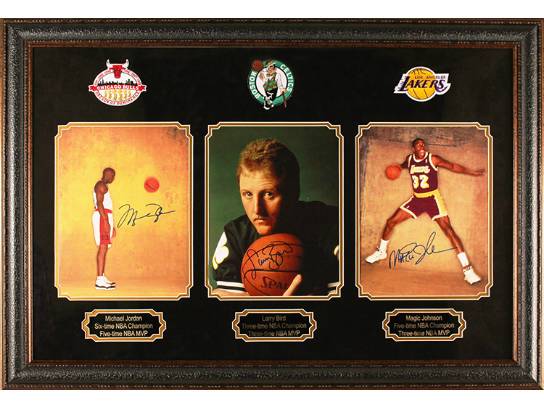 Larry Bird is a professional basketball executive, former coach and former player, most recently serving as president of the Indiana Pacers. Drafted into the NBA sixth overall by the Boston Celtics in 1978, Bird played his entire professional career for Boston, winning three NBA championships and two NBA Finals MVP awards. He has been described as one of the greatest basketball players of all time.

Earvin "Magic" Johnson is a retired professional basketball player and current president of basketball operations of the Los Angeles Lakers. He played point guard for the Lakers for 13 seasons. After winning championships in high school and college, Johnson was selected first overall in the 1979 NBA draft by the Lakers. He won a championship and an NBA Finals Most Valuable Player Award in his rookie season, and won four more championships with the Lakers during the 1980s. Johnson is considered one of the greatest basketball players in the sport's history.