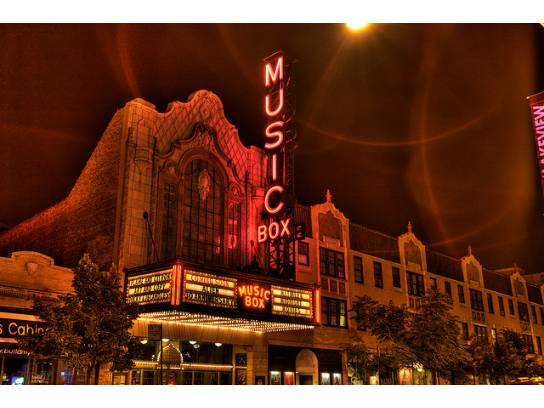 Admission for two (2) to any regular Music Box Theatre screening, popcorn, and a soda.

Turn onto Southport Avenue and it's hard to resist the neon beacon that lures cinephiles from across Chicagoland with eight flickering letters-Music Box. It's a promise of more than just entertainment, but a total experience. It's a community of strangers coming together over the anticipation of that familiar red velvet curtain rising toward the twinkling, star-covered ceiling. It's a symbol of Chicago's go-to venue for independent, foreign, cult, and classic films.