Special Thanks to the Bay Clubaction button 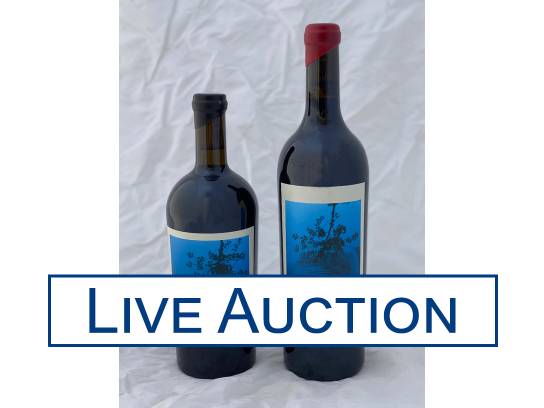 Sine Qua Non is a California cult winery known for its Rhône style blends, a tendency to avoid repetition, and a very limited production of wine that is highly difficult to obtain with a waiting of list of greater than 10 years. The wines have been titled with names such as Queen of Spades, Twisted & Bent, Imposter McCoy, The Bride, Poker Face, and Red Handed, and the bottles come uncommonly shaped with distinctive labels featuring owner Manfred Krankl's own artwork.

The goal of Sine Qua Non has been to create incredible wines that speak to both the heart and the mind. Wines that are ripe and flavorful, but also graceful and balanced. Wines that are perfectly enjoyable and delicious young, but that will age and show a new and interesting personality with each passing year. Here is your chance to obtain an incredible collection of 20 Sine Qua Non that few have the chance.

All bottles presented in 750ML format.

BIDDING WILL BEGIN THE MORNING OF THURSDAY, MAY 28TH. ALL LIVE AUCTION LOTS WILL CLOSE DURING THE LIVESTREAM EVENT AT 7PM ON MAY 30TH AT MANHATTANWINEAUCTION.COM. THERE WILL BE A LIVE 2 MINUTE WARNING BEFORE CLOSING.

Auction Disclosure: All auction items will be charged to the credit card on file at the close of the Manhattan Wine Auction on May 30, 2020. All auction items will be available for curbside pickup Monday, June 8th - Friday, June 12th from 9am to 4pm at the MBEF Office in the MBUSD District Office at 325 S. Peck Avenue in Manhattan Beach. We will send an email to you the week of June 1 outlining the curbside pickup process to allow for social distancing. Shipping is not available. All gift cards, travel and experiences expire May 30, 2021 unless otherwise noted.