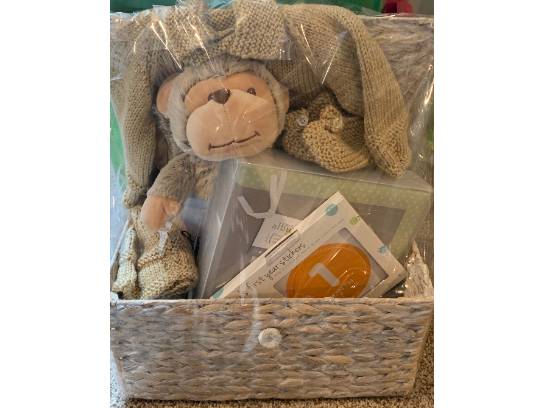 This adorable basket is the perfect gift for any new baby!