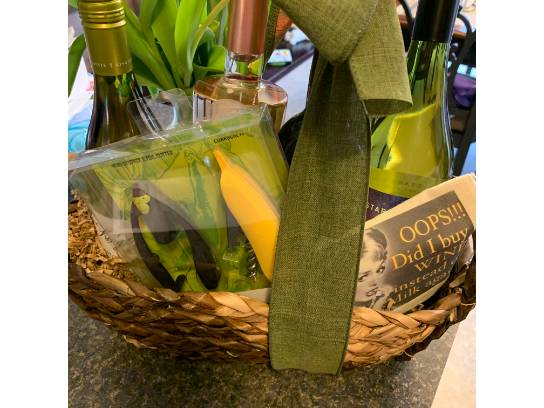 No monkeying around with this wine stopper/opener, humorous wine bag and 4 delicious bottles of wine!