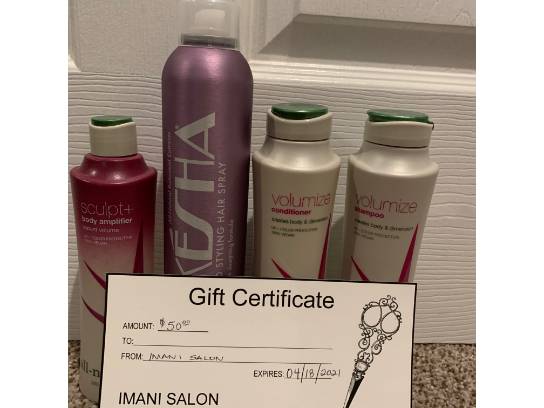 Along with a $50 gift card to their salon, Imani Salon has generously donated this great set of products: