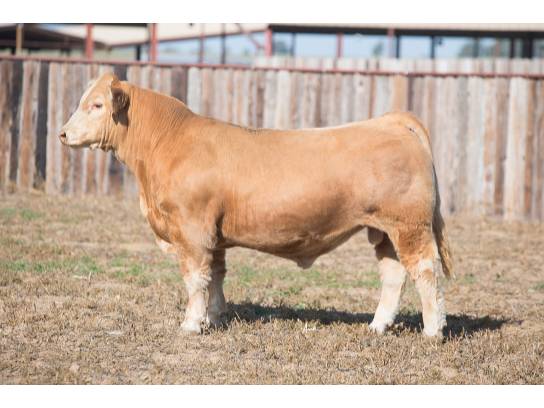 So you say you want to make them stouter and sounder? Quit talking about it and own this bull.

Lots 110 and 111 are the very last sons of another of the most productive cows ever to serve in Hereford, TX. Their dam, the late, great FF602, is the source of steer calves selling as high as $58,000 during her long career.

This pair of brothers is so good we wish we would have cloned that FF602 cow. This bull is another really complete and powerful sample of what we love to raise and sell. Look at the monster hoof and bone under this PHA-Free rig and watch how easily he carries his power around the pen. He might have the most muscle and total stoutness in the offering - and this is an offering of big backed bruisers - and he is definitely one of the best looking. Last but surely not least.

His dam was an all-time great producer. We never stopped to total up her produce but it has to be well over $500,000. One year she had an entire crop of sons average $12,245 and we have sold multiple daughters over $10,000 each from her. She was a customer favorite with embryo sales well over $1,000 each before embryos sold for that kind of money. She was the real deal.

NOTE: This bull sells pending a satisfactory fertility re-check. He did not pass on first attempt but is guaranteed to be fertile before leaving Hereford. Purchase price will be fully refunded if he does not pass on time. Bid accordingly.