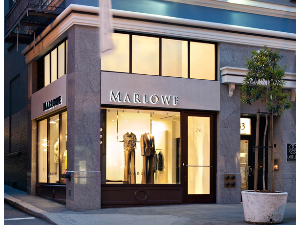 The modern woman's lifestyle and values are visible in Marlowe on north Michigan Ave. Become a part of that lifestyle and enjoy this $200 gift certificate toward a minimum purchase of $500. Expires December 2014. Donor: Marlowe