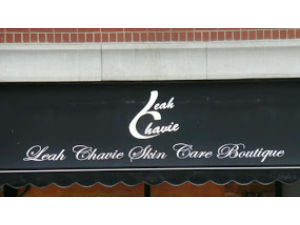 Take your passport and boarding pass to Leah Chavie Skincare Center and Boutique on north Halsted in Chicago, a research-inspired skin destination, physically designed and fashioned with the most high-tech equipment on the market. Use your boarding pass and reward yourself with 3 Laser Tightening Titan Sessions for the face and neck. Restrictions may apply. Donor: Leah Chavie Skincare Boutique