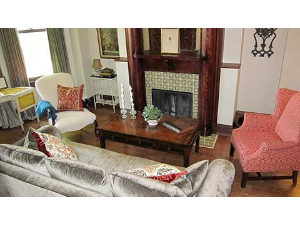 Want the room of your dreams? Then this is the prize for you! Designer Kristine Criscione's philosophy will help you create a look that is personal and timeless. Receive interior design advice and remodeling of one room. Design advice is limited to 3 hours and remodeling work comes with a $1,200 credit towards any work that is done. Donors: Kristine Design/ Keep It New