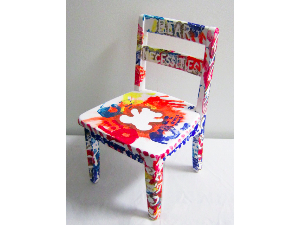 One of a kind decorated kid's chair.