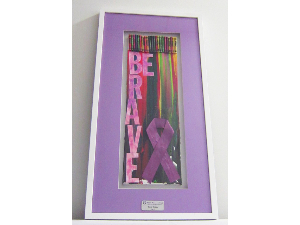 One of a kind art piece by Tyler - Age 8