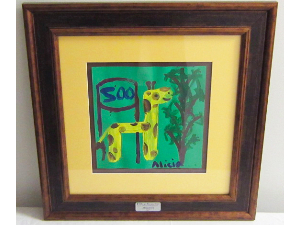 One of a kind art piece by Aleica, age 7.