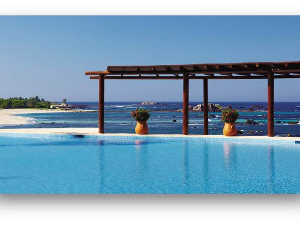 Enjoy five nights in the paradise that is Punta Mita! You will be in the lap of luxury with three-night accommodations at the fabulous Four Seasons hotel and two nights in a Deluxe Ocean View room at the sensational St. Regis Punta Mita Resort. While you are there relax with a round of golf with a cart for two people at Pacifico, Four Seasons Resort Golf Club and have an al fresco dinner for two at Casa Teresa Trattoria Boutique and sample the sinfully delicious authentic Italian cuisine. No doubt you will return home well rested with a healthy glow! Complete your vacation with car service to and from the airport! All reservations are subject to availability and restrictions and blackout dates will apply. Donors: Casa Teresa Trattoria Boutique, Mario & Marianna LaMarca, The Four Seasons Resort - Punta Mita, The St. Regis Punta Resort, O'Hare-Midway Limousine