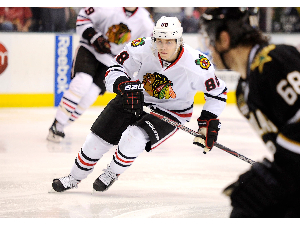 Hockey enthusiast? Then how awesome would four "On the Glass" seats in Section 121, Row 1 to a Chicago Blackhawks 2014-2015 regular season game be? The winner and their three guests will have the opportunity to meet Coach Q, take a photo and ask him questions about the team. The meet and greet takes place on the lower level near the locker rooms? a mini "back-stage" tour of the United Center! A commemorative copy of the photo will be sent to the winner. Two parking passes are also included. Donor: Magellan Corporation