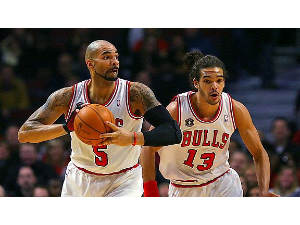 Enjoy the thrill of a Bulls basketball game from four courtside chair seats at the United Center. Be sure to arrive early so that you and your three buddies can have your photo taken at center court prior to the game as well as watch the Bulls warm up! This exciting package also includes access to the Ketel One Club (excluding food and beverages) and two parking passes. Final game date will be mutually agreed upon with the donor. Some restrictions and blackout dates may apply. Donor: Magellan Corporation