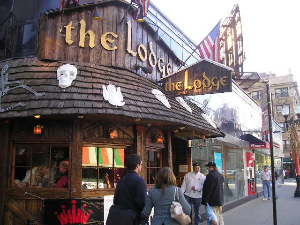 The Lodge Tavern, having opened in 1957, is the oldest and one of the most notorious denizens of the crowded Rush & Division nightlife district in Chicago's Gold Coast. Have a party with a one customer appreciation party at The Lodge. A 2 hour LMG sponsored party for 20 people. Includes domestic drafts and well cocktails. Excludes all holidays. Expires on March 8, 2015. Donor: The Lodge Management Group - The Lodge Tavern